The Great Mother of the Swansea art scene has closed her doors for business awaiting a scrumptious new make-over in the shape of a multi-million pound refurb. Having dispersed her fairy art children throughout the city to continue their creative crusade in her absence, the Glynn Vivian awaits extensive redevelopment that includes complete conservation of the historical 1911 building.

Already feeling the loss? The good news is that it’ll mean tons more vibrant visual display spaces, a brand new lecture theatre and community room, and an inspired social space, complete with refreshment facilities and WiFi. The bad news is that we have to eagerly sit on our hands awhile as good things take time and patience, but do eventually come to those who wait! So as we anticipate the 2014 launch let’s reminisce upon some of the Glynn Viv’s recent best bits, and take an animated look at electrifying off-site events to come.

Primarily taking place in community venues such as the Central Library and YMCA, the gallery will continue to host its usual busy programme of art workshops, events, talks, film and live music. Speaking on behalf of the Glynn Vivian, Katy Freer promises an exciting collaborative project with Birmingham-based IKON Gallery to be shown at Swansea’s Mission Gallery in late 2012, as well as some thrillingly impromptu pop-up exhibits by local artists, up-to-date details of which may be found on the gallery’s new blog: www.glynnvivian.com. But if you can’t wait, here’s some art-centric memorialising to get you all starry-eyed…
Recognizable for her 2006 Venice Biennale entry sculpture Beast, Welsh artist Laura Ford’s June 2011 exhibition, Beast and Other Works, was refreshingly unorthodox. Tactile and familiar with a strangely uncanny psychological undertone, it was a show that proved popular with visitors, creating an impending and substantial impression in the Atrium. Showing at the same time in the
main gallery was I Know Something About Love part ll, organised by Parasol Unit, London. Investigating themes of love (and loss) in diverse times and cultures, the exhibition included film and installation pieces by three artists: Yang Fudong , Christodoulos Panayiotou, and, a personal favourite, Shirin Neshat. The positioning of these two arresting shows together revealed an inspired piece of curatorship, as their respectively dark undercurrents offset one another nicely in a fluid spatial continuation of comparable themes. Similarly, Mark Wallinger curated exposition The Russian Linesman, 2009, focussed upon unsettling the limits of spectatorship. Flaunting mixed media pieces it interrogatingly distorted the boundaries between perceptions and reality, and accordingly proved a challengingly stimulating hit with visitors.

Taking a momentarily critical view, both of these shows are linked not only in terms of accomplishment, but in budget also. For great, long-running exhibits by internationally acclaimed artists require big bucks. The danger here, as always, is that national economic difficulties will inhibit arts funding, and thus exhibition quality will diminish accordingly. Tough times will inevitably call for radical measures if monotony and diminution are to be avoided. Inspired curatorialship and user-responsive programming are required if the Glynn Vivian is to retain her eminent position as Matriarch of our domestic arts scene. Because witnessing the plethora of supportive visitors who turned out to bid the gallery a fond farewell, the pressing public need for great arts resources in Swansea became vibrantly clear. So let’s hope the Glynn Viv delivers in rousing abundance upon her return! 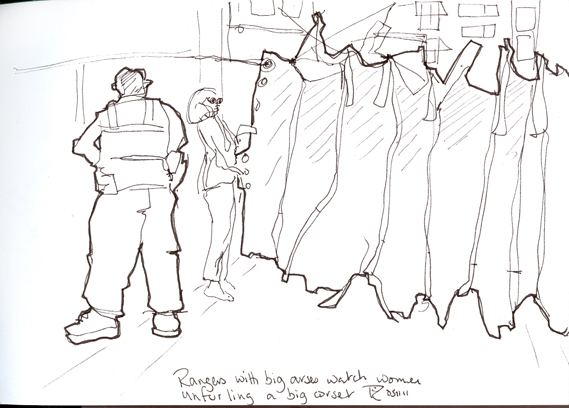 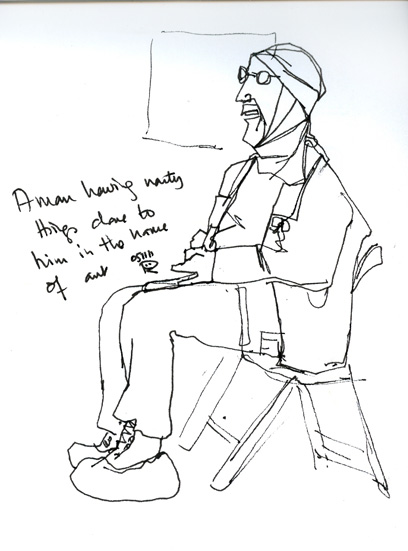 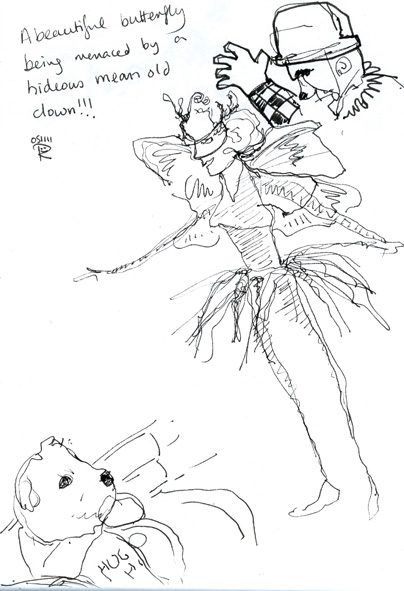 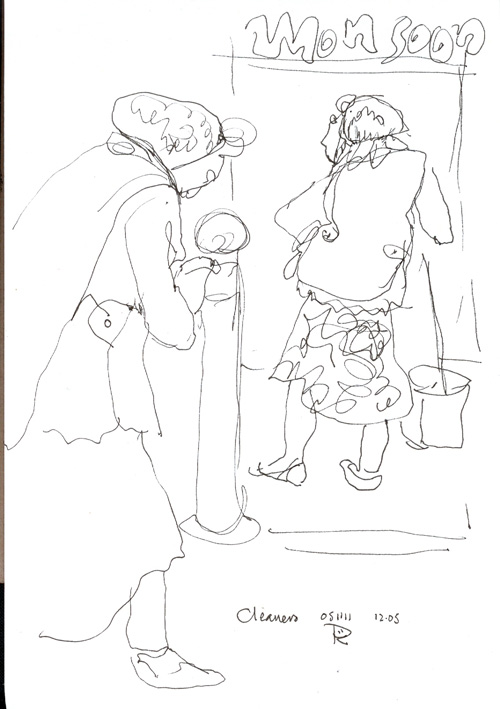 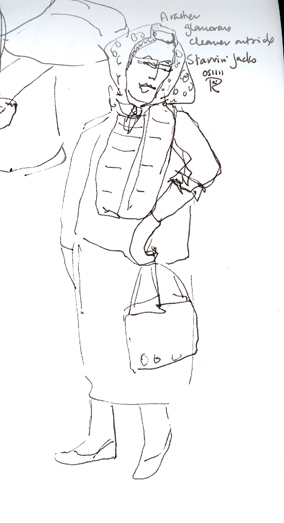 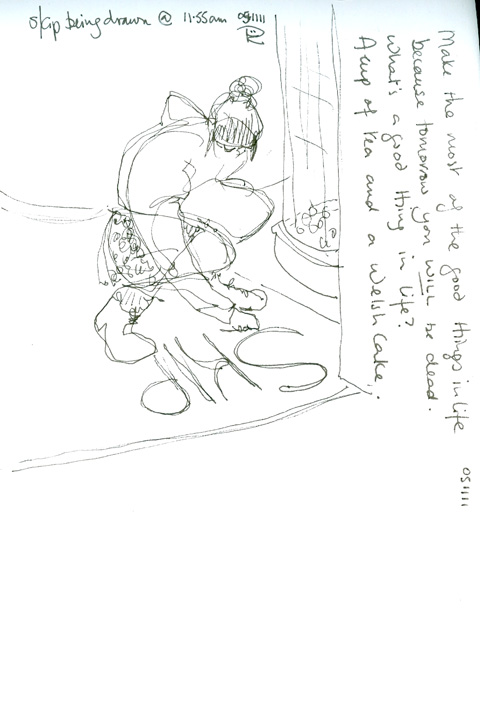 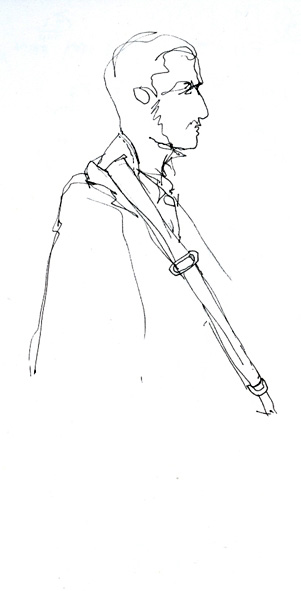 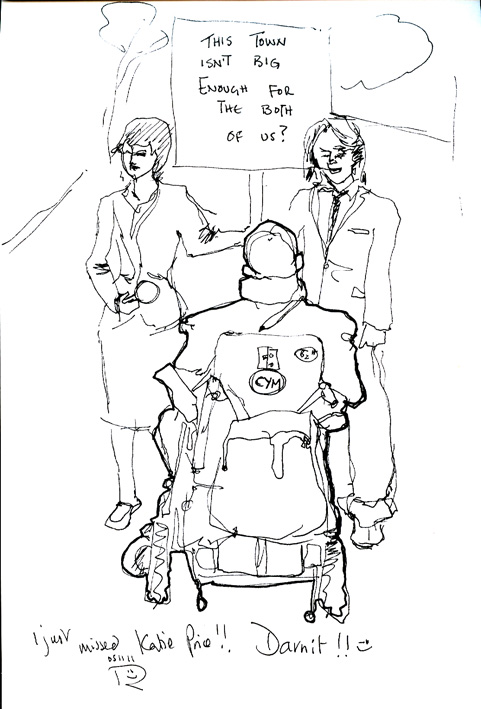 Drawings by Rose Davies
Posted by Unknown at 09:30 No comments: 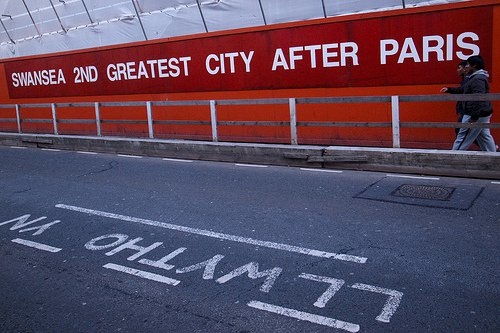 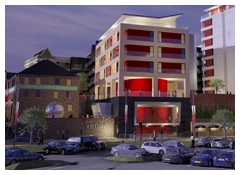 The terms ‘Creative’ and ‘High Street’ do not go hand in hand in the popular imagination when considering the appeal of one of Swansea’s most down at heel zones.  Suffering from long-term neglect and lack of regeneration it is the area to avoid late at night, the dismal gateway to an otherwise vibrant and cultural city that rail-travellers unfortunately build their first impressions upon.  But this is unlikely to prevail given the extensive new urban regeneration project currently underway.  Masterminded through the collaborative efforts of Swansea- based Coastal Housing Group and local creative enterprises, Swansea Creative Hub is at the centre of Swansea’s new Urban Village project.  Its aims are to construct a space that is conducive to creativity of all kinds, offering the kind of ‘Flexible Space, Flexible Rent, Flexible Lease’, that is so necessary a part of the arts scene that it forms the basis of their tag-line.
On a personal level, quite frankly I’m a fan of anybody brave and visionary enough to tackle this oft critiqued part of the city.  But the Swansea Creative Hub’s vision extends way beyond a simple and rather expensive regeneration project.  With the well established Volcano Theatre Company and Music. Art. Dance. Swansea already on board and operating out of flexible leased spaces at the main 229 High Street location, and currently hosting one of the ‘Art across the City’ projects, the Hub appears to be rapidly growing from strength to strength.  Add to this its proximity to the recently opened South Wales Evening Post Theatre next door, and you quickly get a sense of the scope of this exciting new venture, the ethos of which is firmly located around nurturing, facilitating, and promoting the creative arts in Swansea.  In the words of co-founder Huw Williams it’s ’a space that’s minimal, flexible and allows for ease of communication’, stressing the exciting possibilities for artistic coalescence and collaboration that exist within such an art-centric setting.  It’s not just about the High Street location either.  Having already brought us Supersaurus art space on Orchard Street, the Coastal Housing Group in collaboration with Elysium Gallery, now intends to create some much needed studio spaces at the former Barons site, hence watch this space!  So if you’re an artistic individual or group then go along and get involved, start a creative dialogue, and become part of this burgeoning new ‘creative cluster’ that’s set to make a vivid mark on Swansea’s arts scene.
Further Information on the Swansea Creative Hub can be found at http://swanseacreativehub.com, or alternatively contact Huw Williams directly on huw@swanseacreativehub.com. 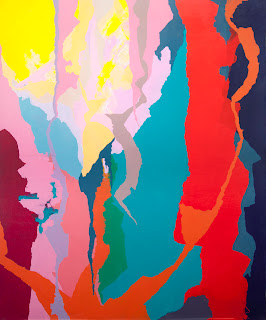 Jane Phillips Award
Unfortunately this year has seen the incredibly sad passing of Mission Gallery Director Jane Phillips. The Swansea arts scene now has a huge gap that will be difficult to fill.
Her hard work, high standards and support were crucial to the development of many artists, and there are many of them who have a lot to thank her for including myself.
A fitting tribute to her life is of course the glorious Mission Gallery which is now one of the finest in Britain and currently is host to Live out Loud which runs until 29th August. This exhibition showcases Jane’s little known background as a painter and features a beautiful selection of the most colorful and vibrant paintings that light up the gallery space to dramatic and wonderful effect. 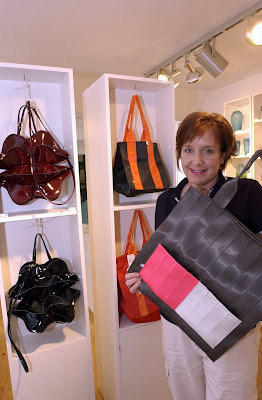 What is well known was Jane’s support for emerging artists and it was with this in mind that the Jane Phillips Award was born. The Award is a fitting legacy to Jane's passion for mentoring and nurturing talent and each year the Mission Gallery will provide support and mentoring for a chosen young artist.
Over 50 artists from Wales and beyond have donated work to be auctioned on Saturday 20th August in support of the Jane Phillips Award, with the Actress Helen Griffin as the guest Auctioneer for the day and hosted within the beautiful setting of the round Reading Room at Swansea Metropolitan University's Alexandra Road campus. This will be an unforgettable day and excellent opportunity to purchase work by established and emerging artists. Unsold work on the day will be available to purchase, all the work can currently be viewed at www.janephillipsaward.co.uk
I hope you all can make it to the show and auction and I’d like to take this opportunity to say
Thank you Jane X
Further information on Live out Loud and future Mission Gallery exhibitions can be found at www.missiongallery.co.uk
Jonathan Powell
Director Elysium Gallery & Artawe: Arts Resource Swansea
Posted by Unknown at 19:01 No comments: